The lush green hills of Munnar with its sprawling tea plantations have some fascinating stories to tell us. These are stories that have inspired and astounded historians and travelers alike. Among these is a story that has inspired many and is yet a sad reminder of the harsh realities that the people of this beautiful region face to this day.  This is the tragic tale of Munnar’s Metre Gauge monorail also known as the Kundala Valley Railway. The Kannan Devan Company set up the railway in 1902 for transporting tea and other commodities. The railway operated between Munnar and Top Station among the Kannan Devan Hills.

Built-in the year 1902, the Kundala Valley Railway was used to transport tea and other commodities by the Kannan Devan Company between Munnar and Top Station. What was initially built as a cart road was later replaced by a monorail goods carriage system that ran from Munnar and Mattupetty all the way up to Top Station? The monorail system was based on the Ewing System, a balancing monorail system developed in late 18th century England by inventor W.J. Ewing.  This system involved a small wheel placed on the track while a larger wheel rested on the road to balance the monorail. The monorail was pulled by bullocks and for this purpose around five hundred bullocks were brought to the hill station along with a veterinary surgeon and two assistants to tend to the bullocks.

Top Station was used as a transshipment point for transporting tea from Munnar to Bodinayakkanur. The tea chests arriving at Top Station were transported using an aerial ropeway 5 km downhill to Kottagudi in Tamil Nadu, also popularly known as ‘Bottom Station’. From here the tea was transported 15 km by cart to Bodinayakkanur and then on to Tuticorin, The containers used to transport the tea were imported from the UK and were called ‘Imperial Chests’.

By 1908 the monorail was upgrading to a light railway. Starting from Munnar station, the service included two stations, Madupetty and Palaar en route to Top Station.  According to ‘Facts of a Hundred Years’ Planting’ , an in house publication of Tata Finlay Ltd., the railway project took one and a half years to complete and also required parts to be imported from Britain and assembles at Munnar by the engineers of the tea company.  Four railway stations were built for the project at different places including Munnar. The train had four compartments named Buchanan after the general manager of the tea company, the Anaimudi, the Kundaly, and the High Ranger. The High Ranger also had a first-class compartment for European managers and visiting officials.

The movement of the train was slow due to frequent derailment, the occasional elephant on the track. Initially, it was planned to run the locomotives on wood fuel alone, but owing to the steep gradients and curves, this was impracticable and the use of coal and firewood was adopted which generated sufficient steam.

In 1924, Munnar witnessed some of the worst flooding ever seen in its history. Besides causing extensive damages to the Tea plantations, roads and dwellings, the rains and the flood washed away the lifeline of the Kannan Devan Company, the Kundala Railway. Major portions of the railway were washed away leaving no scope for reconstruction. After this natural, the company opted for ropeways for the transportation of tea between Munnar and Top Station. Until the massive floods of 1924, The Kundala Valley Light Railway was a major transportation facility in the region. Due to the large scale devastation caused to the system, the project was abandoned by the British due to the unfeasible nature of opting for a restoration.

Even to this day, one can see ghost-like remnants of the rail used as scrap in some of the old buildings in the region. The railway station at Munnar still remains as a monument to the historic and ill-fated project. After 1924, this building was used for various purposes like storing rice, tea and occasionally for church services. It is now being used as the regional office of Kannan Devan Hills Plantations Company Private Limited (KDHP) (formerly Tata Tea).

Next on the route of the Kundala Valley Railway is the aluminum bridge near Munnar Town. Originally set up for the railway track, it has now been converted into a road, Despite this, one can still see the remains of the old railway as one approaches the bridge and notices the support beam that is built using the iron of the old rail. Many such remains of the railway and ropeway can still be found on the Kundala Top Station route. Interested travelers can go on an adventurous trail on there to catch a glimpse of what once was the most ambitious railway project undertaken. An artifact of this railway can be found at the Tea Museum of the Nallathani Estate. A rail engine wheel of the first and only railway in Munnar is on display for visitors to this museum.

The ropeway station in Munnar, which was once a hub of activities, is today a quaint location. The building here which was the starting point of the ropeway today serves as a store of Tata Tea.

At Top Station, about 40 km away from Munnar town, the endpoint of the Kundala railway line, one can see the remains of the old railway station and the ropeway in the form of wheels, tracks, and signboards that remind one of an era long gone by.

Munnar is one of the most historic and beautiful locations in Kerala. A deep connect can be felt with the imperial era long gone by. The various tea estates especially the Kannan Devan Company have a very deep association with this land and its people. It has witnessed the struggles and glory of this region over the years. Munnar was one of the first places to have a railway line in the country. After the deluge, no railway network has been built in the area and even today the hill station and the district of Idukki, to which it belongs, does not have rail connectivity.

Recently, however, the Kerala State Government's tourism department has been mulling the possibility of reviving the British era monorail system by restoring it as far as possible to its original condition to serve as an attraction that tourists to Munnar can enjoy. The proposed project will be carried out on a public-private-partnership model along with the Kannan Devan Hills Plantation (KDHP) which owns the land through which the old Kundala monorail passed.

Visitors to Munnar can expect the project to be completed very soon if it is found to be feasible by the authorities and rest assured, Blanket Hotel and Spa will be with you to ensure that you will belong the first to relive the memories of the magnificent monorail of Munnar 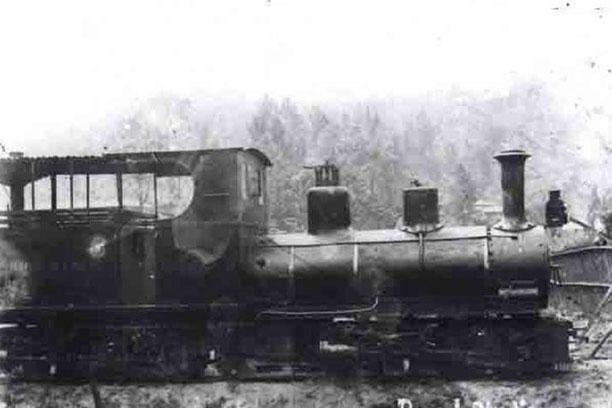