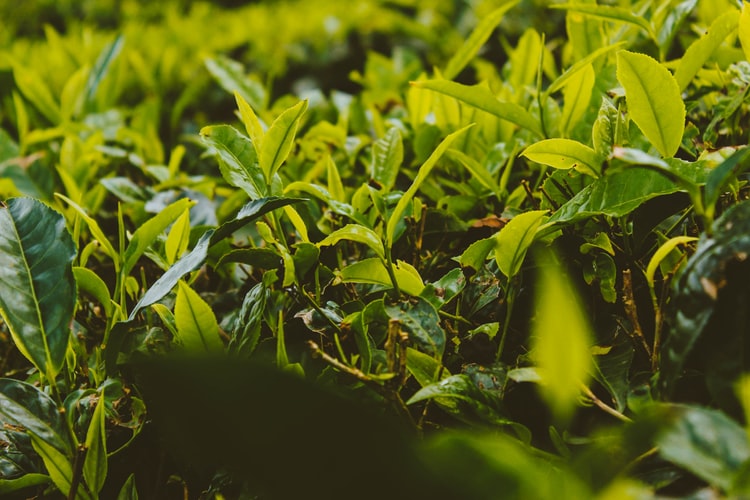 The Kannan Devan Hills is entrenched into the history of Munnar and has played a major role in the socio-economic development of the region. One of the first Europeans to visit these hills was the Duke of Wellington in the year 1790. According to the records of ‘The Planting Opinion’ of 1896, it was the Duke, then Col. Arthur Wellesley who under the orders of General Meadows was dispatched to cut off the retreat of Tipu Sultan at the Kumily Gap. Tipu’s intelligence sources forewarned of the impending attack and Wellesley was forced to retrace his steps in his pursuit of Tipu and his forces. Almost thirty years later, two lieutenants from the Madras Army, named Ward and Connor, located the mountain peaks of the High Range. In their travel records, one can find the names Aneimudi and Chokanad which were given a special mention.

Later in the year 1877, Henry Gribble Turner and A.W. Turner came to India on a shikar (hunting expedition). They came upon these hills by a pass called Bodimettu with the guidance and help of the local hill tribes known as the Mudhuvans. Upon reaching the summit of Aneimudi, the two saw the immense grandeur and commercial opportunity these hills offered. By the end of their expedition, they had obtained a ‘concession’ of approximately 227 sq. miles from the King of Poonjar kingdom. This was then sold as small plots of land to small planters and cultivators who began to cultivate a variety of crops ranging from cinchona to coffee and sisal to tea. Finally, all these planters got together and formed the North Travancore Land Planting and Agricultural Society Limited in 1879, under the leadership and guidance of Mr. J.D. Munro and Mr. A.W. Turner.

It was around 1895 that Sir John Muir, Baronet of Deanston, Scotland bought over the deeds of the Concession for further development. Then, in the year 1897, Finlay Muir & Co. of Glasgow became interested in this area & formed the Kannan Devan Hills Produce Co. Ltd. Finally, KDHP took birth as the flagship company and its two subsidiaries, the Anglo-American Direct Tea Trading Company and the Amalgamated Tea Estates Company, formed subsequently, directed all their efforts towards tea cultivation and its development. By the year 1900, the Concession area became vested with the Kannan Devan Hills Produce Company Limited, of which Finlay Muir held a large interest and the area started to develop very rapidly along more commercial lines, the main crop being tea.

The beautiful lush green tea plantations that cover the area today was a completely virgin area of land that was covered in thick forest. After India gained her independence, the James Finlay Group of Companies entered into an agreement with the Tatas of India as a result of FERA, forming the Tata-Finlay Limited, which later in the year 1983 was fully acquired by the Tatas, giving rise to one of the biggest tea companies in India with around 33 tea estates. Over the next two decades, The Tata Tea Ltd., as part of safeguarding & promoting the core values, dedicated a lot of resources and efforts in helping modernize its tea estates and uplifting the social and living standards of its employees. This was also in line with Finlay’s earlier policy of safeguarding the interests of all the stakeholders related to the tea estates.

The Indian tea industry took a hit in the year 2000 due to oversupply that resulted in tea prices dropping sharply to unsustainable levels, while the steadily spiraling cost of production further compounded matters. This trend lasted for 5 years, leading to the closure of several tea companies in India. Tata Tea’s South India Plantation Division too faced losses for 4 consecutive years despite having made all possible efforts to improve the quality. With no other feasible alternative available on the horizon, TTL chose the difficult decision to exit its tea operations and direct its efforts and focus towards the branded tea business. Although an out and out sale of the estates was mooted initially, the idea was abandoned subsequently as there was no assurance that the welfare of the stakeholders involving the employees and the precious ecosystem would be taken care of. Plan B was a co-operative model, but a 3-month trial in one of the estates was not promising. Finally, after much deliberation, the plan of an employee buy-out was floated and it found the board of director’s acceptance. The result was the formation of the Kannan Devan Hills Plantation Company Private Limited on the 1st April of 2005.

The company’s 12,700-plus employees became the shareholders and held approximately 69 % of the company’s Rs. 13.94 crore equity capital. An 18 % stake was retained by TTL while the remaining 7 % is and 6 % is held by a trust and ex-TTL employees and business associates respectively.

The Kannan Devan name is synonymous with Munnar and teetotallers across the world. It is a name that has a long beautiful history. This fascinating story is a true testament to how ethical corporate policy can help and maintain a community, a region and a legacy that has to be preserved.

With the transfer of ownership of its plantations to the newly formed Kannan Devan Hills Plantation Company in 2005, it became the first company in India with 97% of the 12500 strong workforce being shareholders. As part of its efforts to help the local community and its environment, the company helped to form the High Range Wildlife and Environment Preservation Association which was instrumental in persuading the central government in declaring Eravikulam a National Park. Munnar has been at the forefront of innovations in various tea products as well. It was in 1964 that the first instant tea factory was set up in Mattupetty while the cultivation of organic tea began at the Chenduvarai Estate.  Also, in order to eliminate the dependence on auctions and ensure that the product reached the customers in the shortest possible time, a new scheme was introduced which was referred to as the ‘packaging of teas’. As part of the community and local infrastructure development, new roads were built and the land was given to local merchants to set up a bazaar for the common labor workforce. The development of the tea estates has been done in an eco-sensitive manner. In order to preserve the habitat of the flora and fauna, the tea estates have been consciously set up away from these areas. The Tata Tea Company paved the way for the development of the standard of living of the workforce of the tea estates by introducing amenities like the Tata General Hospital, the High Range School which provided free CBSE education to the children of the employees, free housing and agriculture land. In addition, crèches were set up to help women with children become part of the workforce at the tea estate as they could leave their children to the care of the crèche. NGOs like Srishti and Athulya were formed. While Srishti undertook the care and development of physically and mentally challenged children, Athulya involved itself with the unique idea of empowering differently-abled persons and adults with upcycling of waste by creating crafts. Aranya another NGO has sought to revive the ancient art of textile dyeing using organic pigments found in nature and these are today widely used in the fashion industry.

There is no doubt that a major business house like Tata has played a great role in the economic and social development of Munnar. The culture and revolution brought about by their initiatives is a flaming torch for companies and institutions looking to become change agents in the society to which they belong.