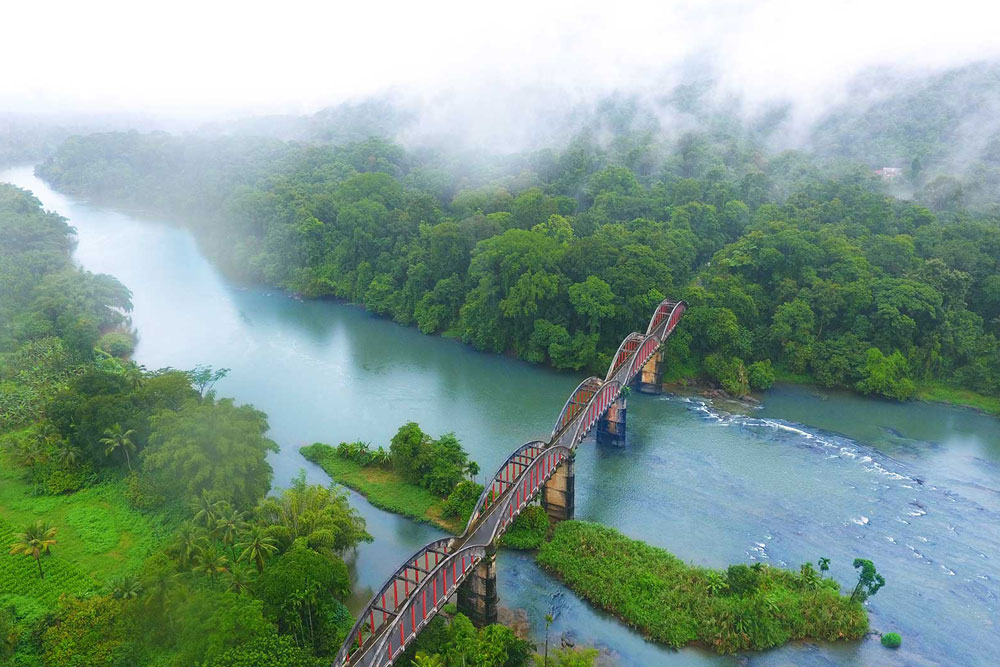 Munnar, popularly called a Beauty Queen of Nature is located 6000 ft above mean sea level enclosed by Tea plantations and wide Mountain Ranges of Western Ghats is about 130 KM from Cochin and it will take 4 hours to reach it by visiting all the sightseeing places on the way.

Starting from cochin the next major city is, Aluva, a municipality and a northern suburb of the city of Kochi in Kerala, India. Aluva is situated around 15 km from the Cochin City center on the banks of river Periyar. The next city after 30 minutes drive from here is the Perumbavoor , which is alike a village and while, moving forward towards Kothamangalam the view of greenery is back all along the sides of road.
Kothamangalam is known as the Gateway of High range which is 85 km away from Munnar.
The river Periyar, the largest river in Kerala, flows through this taluk. The dams built across Periyar at Edamalayar, Lower Periyar (near Neriamangalam) and Bhoothathankettu for hydroelectricity generation and irrigation purposes are located in the Kothamangalam taluk.
Driving towards Neriyamangalam from Kothamangalam, the road is extremely good without any potholes. It is on the border of Ernakulam and Idukki districts. The Neriamangalam Bridge, Ranikallu (stone of queen) are of historical importance and Bridge, built across the Periyar river, is often referred as 'The Gateway to the High ranges' as it is on the way to the higher regions of Idukki district, especially Munnar. The bridge was constructed by the Maharaja of Travancore in 1935. Now the bridge is a part of National Highway 49 which leads to Dhanushkodi in Tamil Nadu. Neriamangalam gets the highest average rainfall in the state of Kerala. So this place is aptly hailed as 'The Cherrapunjee of Kerala'. The nearest town is Kothamangalam, which is about 17.6 km from Neriamangalam.
On the way to Adimali from Neriamangalam, the cool breeze and cloud covers the roads and forests. The 45 minutes drive through forest will take you to other world where you can experience the greenery and mountain ranges with huge waterfalls. The first stop over enroute Munnar at Cheyyappara waterfalls which is on the Kochi - Madurai Highway (National Highway49) between Neriamangalam and Adimali and within 2 km (10 min) here comes the next elegant Valara waterfalls 16 km away from Adimali.
Adimali is the nearest major city to Munnar About 30 KM from Munnar and Pepper cultivation is the main agricultural activity of this place. Mainly known for spices plantation in high range.
Road to Munnar from Adimali with lots of turns and twists offers a climbing high hill feel to the travelers. After 22km of travelling, from the Adimali, the glorious Tea
plantaions will accompany travelers on both sides of road for 8 KM until you reach Munnar Town .