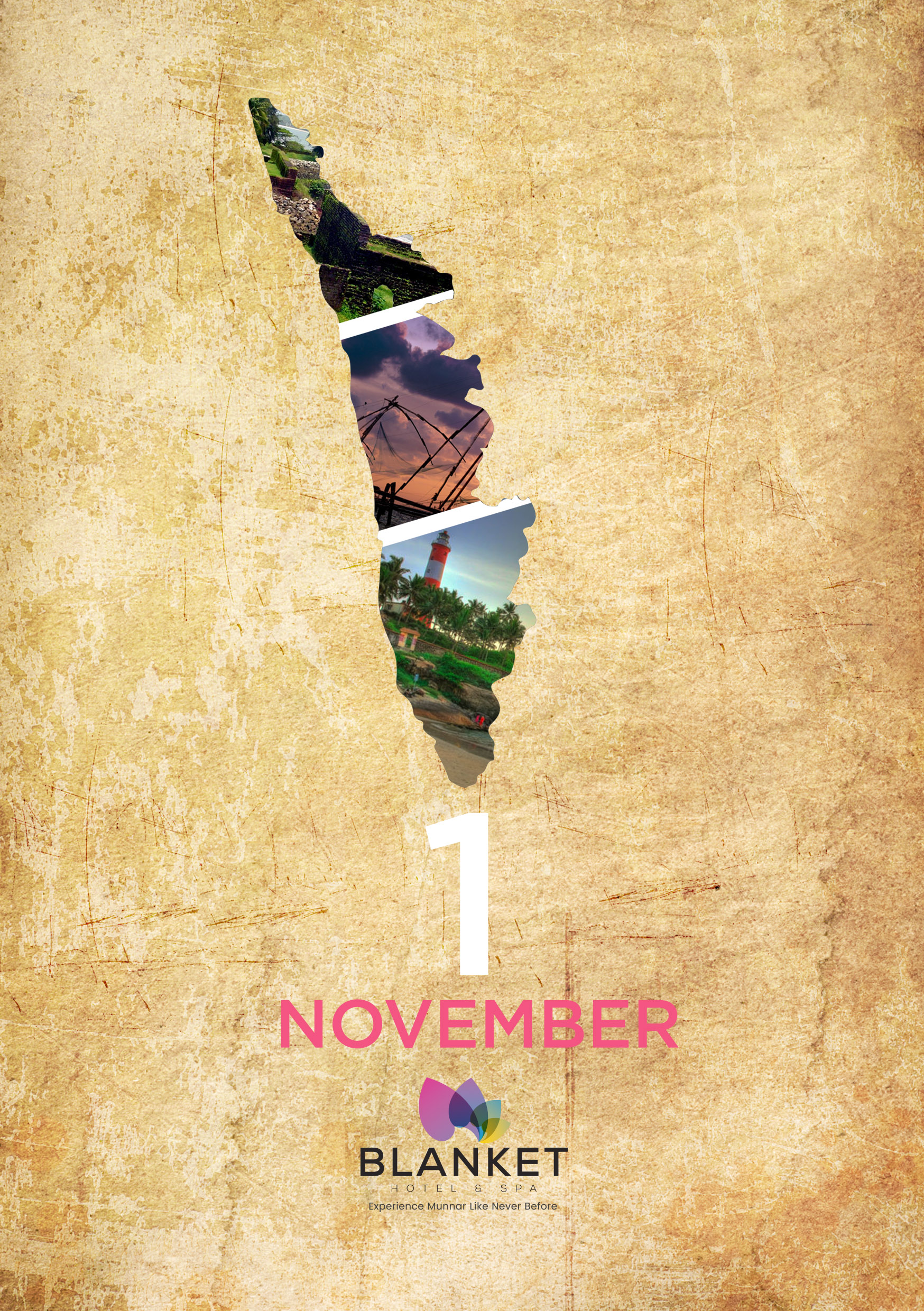 The Story of the Glorious Trinity – The Story behind the Birth of the State of Kerala
According to Hindu mythology, the region of Kerala stretches along the Arabian Sea from Gokarnam (Gokarna, in Karnataka) to Kanyakumari in Tamil Nadu. It is believed that the avatar called ‘Parasuram’ of the Hindu Lord Vishnu created the region of Kerala when he flung his axe from Gokaranam to the Arabian Sea. The sea is said to have receded up to this point, thus forming the region of Keralam.
From a historical perspective, the state of Kerala is the southernmost state in India. Prior to independence the region as we know it today comprised of three independent provinces. These were Malabar, Cochin and Travancore. Some historians believe that the name ‘Kerala’ is derived from the name of ‘Keralian Thamboran’  who was one of the oldest rulers of one of the provinces. Others believe that the name comes from the word ‘kera’ which means coconut tree, a tree widely seen and immensely popular in the region.   It is also interesting to note that the region of Munnar in Kerala too has its named derived from a trinity of sorts. A trinity or confluence of three rivers - Mudhirapuzha, Nallathanni and Kundaly.
The present day Kerala state was formed as result of the States Reorganization Act of 1956, passed by the Government of India. It was a major reform of the boundaries of India's states and territories, organizing them along linguistic lines. Kerala was formed by the merger of Travancore-Cochin state with the Malabar district of Madras State, Kasaragod of South Canara (Dakshina Kannada). At present the state of Kerala is divided into fourteen districts with Thiruvananthapuram as the state capital. Kerala is one of the first places in the world where a Communist government came into power by a general election in 1957. This day is celebrated officially on November 1st every year.
‘Kerala Piravi’ is a day of great significance for the people of the state because it marks the creation of a new, single and unified identity. This is an identity that is rooted in history and tradition. Transcending the chains of religion, caste and colour and creating a mindset that the Keralites like to call ‘Keraliya Thanima’ that is the ‘essence of being a malayali or Keralite’.