Pongal A Festival of Harvest and Thanksgiving 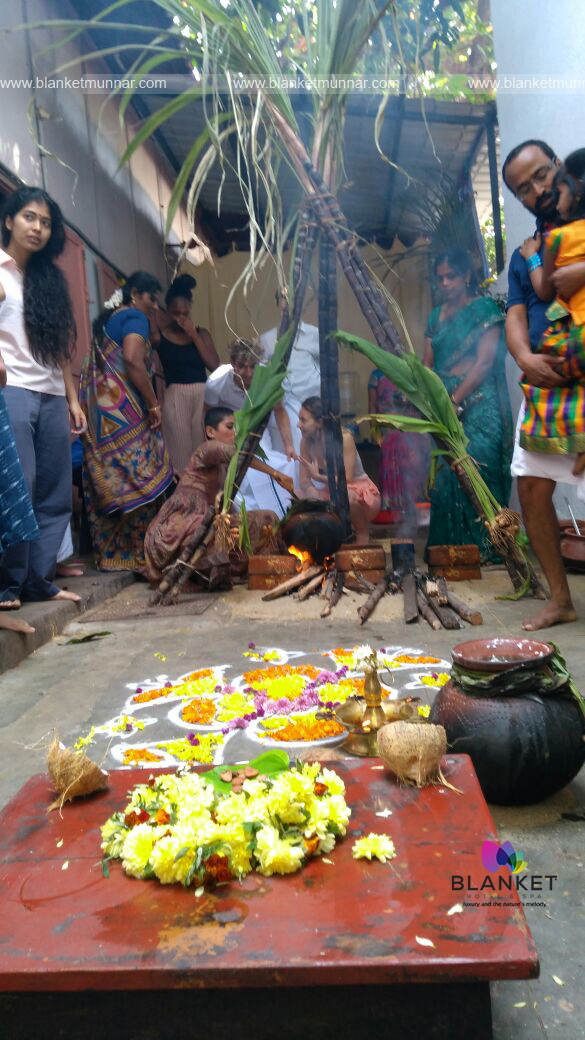 Pongal A Festival of Harvest and Thanksgiving

India historically has been an agrarian nation. With a diverse landscape and climate conditions that aid many varieties of crops, India as a nation has been become self sufficient in terms of its food requirements due to its farming community. With such diverse cultures and crops it comes as no surprise that there are three different festivals celebrated across India to offer gratitude for a good harvest.
In North India, the festival is celebrated as Lohri or Makar Sankranti. In South India, in the state of Tamil Nadu, the festival is called Thai Pongal. The word combines two words, ‘Thai’ meaning  festivity or celebration and ‘Pongal’ meaning ‘boiling over’.  Thai Pongal or Pongal as it is popularly called is the harvest festival dedicated to appease the Sun God. A four day festival celebrated from 14th January to 17th January every year, Pongal is a festival that is very popular among tamil people across the world.
Historically, Thai Pongal is said to have originated more than a thousand years ago during the medieval rule of the Chola Empire, when the celebration of the Puthiyeedu i.e the first harvest was celebrated. It is also referred to as Tamizhar Thirunaal, the festival of Tamizhs (tamil people).
From an astronomic perspective the day marks the beginning of the Sun’s six month long journey towards the north (referred to as Uttaraayanam). Since it is a festival that signifies gratitude for a bountiful harvest, a part of this display of gratitude involves boiling of the first rice that is from the harvest to appease the Sun God.
During Pongal,  a dish also called ‘Pongal’ is prepared. This is a sweet dish that includes cardamom, raisins, green gram and cashew as its main ingredients. The process of preparing Pongal is a ritual in itself, with the dish being prepared u sing clay pots that are decorated with coloured patterns and designs. The cooking is done in sunlight to symbolify the presence of the Sun god.
Each of the days of the festival has a name and a tradtion behind them. The first day is called Bhogi. On this day people discard their old possessions (mostly clothes) and don new ones. Houses are renovated or painted to have a festive look. On the second day known as Thai Pongal, which is the main day of the festival, milk is cooked in a vessel and when it starts to bubble and overflows out of the vessel, freshly harvested rice grains are added to the pot. At the same time other participants blow a conch called the sanggu and shout "Pongalo Pongal". Kolam, a traditional work of graffiti art using rice flour is seen around the courtyards of many households.  People also decorate their homes with banana and mango leaves.
The third day, is known as Maatu Pongal. On this day, people recognize and pamper their cattle affectionately. It is on this day, that the popular game called Jallikattu is conducted.  The fourth and final day is called Kaanum Pongal which marks the end of Pongal festivities for the year. The word kaanum in this context means ‘to vist ‘or ‘to  meet’. Traditionally many families hold reunions on this day.
The festival of Pongal is beautiful and ever more important in today’s modern society because it represents unity, family and gratitude for all that one has. It is a festival that encourages people to thank nature and the earth that helps sustain life in all forms. 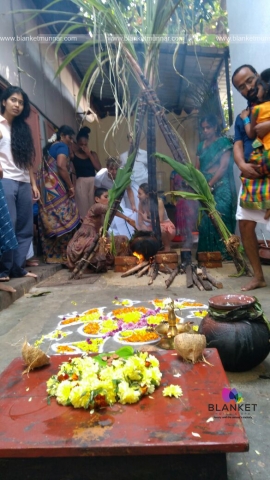 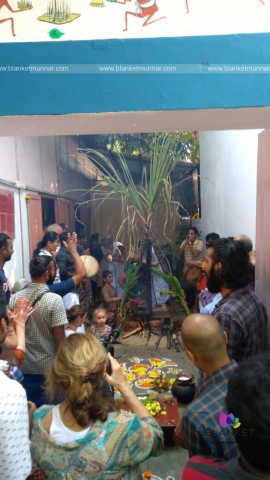