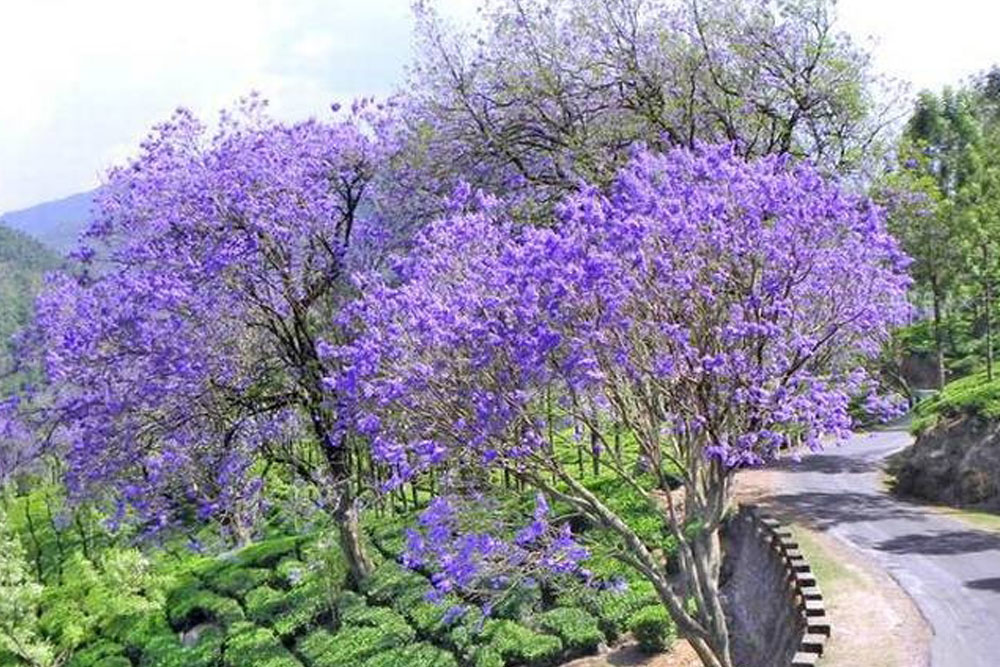 Jacaranda flowers and Spathodea flowers which tinge colours on Munnar’s waysides….
The mosquito killing Spathodea, American-beauty Jacaranda and also of the place name ‘Vaguvarai’which portrait the real nature of Munnar.
Jacaranda flowers…..
These trees were immigrated to Munnar. British brought Jacaranda to Munnar during colonization to beautify the hills and estate bungalows. Jacaranda’s scientific name is Jacaranda mimosifolia and is native to Sreel of Southern America. The people of Munnar call it as ‘Neelavaka’. Jacaranda trees are commonly found in Vaguvarai, bided below the rocks of Umiyamala, a place situated 8001 feet above between Munnar and Marayoor. ‘Vagu’means Jacaranda and ‘varai’ means rock in Tamil. That’s how the name Vaguvarai originated.
Jacaranda flowers during February and April, when Kerala faces a very hot summer. The view of defoliated trees, covered with blue flowers is felicitous to our eyes. Jacaranda trees are also called the Exam tree because it flowers during the March (exam time in Kerala).
Spathodea flowers ….
These red flowers adorning Munnar in the summer season belong to the Bignoniaceae family. These trees are also known as  African Tulip trees which are brought to Munnar by foreigners during British colonization to eradicate the mosquitoes spreading Malaria. The Estate workers believe that the flowers of Spathodea attract mosquitoes to lay eggs on the water lying in the flowers and the flower soon closes which leads to the death of mosquitoes trapped in the flower. These flowers are creating a vision of spring in Munnar Ghats which makes Munnar and Kerala really a God’s own country.
Come and explore the beauty of jacaranda flowers and stay at Blanket Munnar to feel the beauty of Munnar Attukkad waterfalls, hills, etc 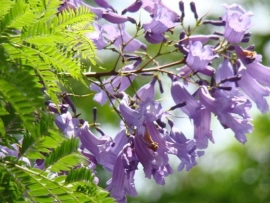 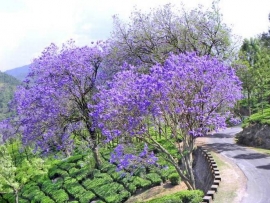 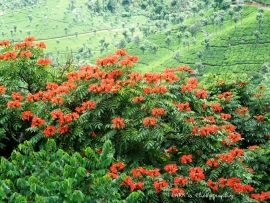